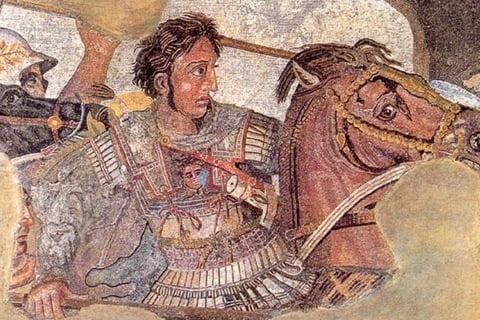 King of the ancient Greek kingdom of Macedon and member of the Argead dynasty. He created one of the largest empires of the ancient world by the time he was 30 years old and was awarded the generalship of Greece.

He was renowned as one of history's most successful military commanders as he went undefeated in battle. He assumed the titles of Hegemon of Hellenic League, Pharaoh of Egypt, King of Persia and Lord of Asia. He died in Babylon at the age of 32.