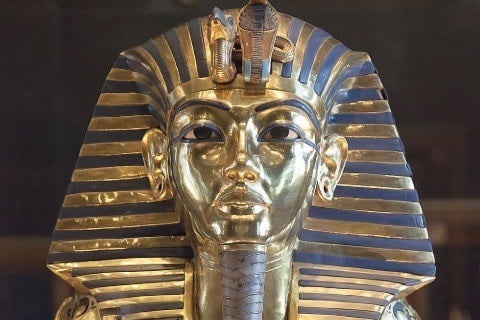 Also known as Tutankhamun and born during the Egyptian Empire, he was a pharaoh who was the final of the royal family to rule during the 18th dynasty. He was 8 or 9 year of age when he took the throne.

His father was Akhenaten, the heretical king as well as the mummy believed to be found in the tomb KV55. His mother was his father's sister and was referred to as "The Younger Lady." King Tut himself married his own half sister, Ankhesenamun.

Julius Caesar
Alexander the Great
Aristotle
More Born in BC