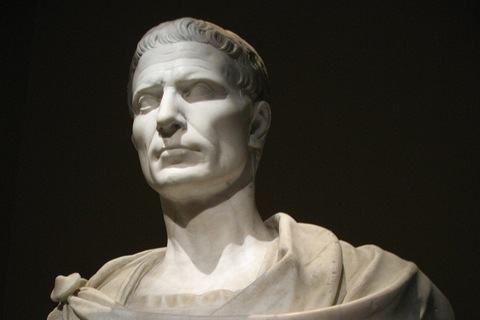 Statesman and general who led the transformation of Rome to an empire in the 50's BC. He was known for bringing out a series of social and government reforms in Rome and he is best known from accounts of his military campaigns and speeches of his that were transcribed and passed along through generations.

He was assassinated on the Ides of March (15th day of March in the Roman calendar) at the age of 55. William Shakespeare gave him the immortal line, "Et tu, Brute?"

King Tut
Alexander the Great
Aristotle
More Born in BC