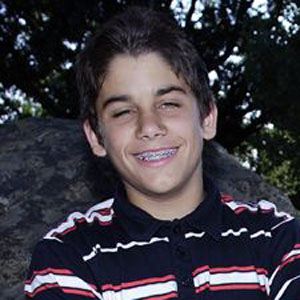 Wheelchair athlete known for performing extreme tricks inspired by sports like skateboarding. At age fourteen, he became the first person to successfully perform a backflip in a wheelchair.

He has spina bifida and has been using a wheelchair since he was three years old.

His parents are Kaylene and Steve Fotheringham.

He worked as a stunt double for Kevin McHale's character on the hit Fox series "Glee."

Aaron Fotheringham Is A Member Of