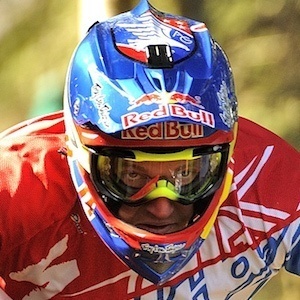 BMX rider known for being the first American male to win the downhill UCI Mountain Bike World Cup, which he first did in 2011. He won it again in 2012 and also 2015.

He started his racing career when he was four-years-old and was competing on a national level at the age of eight.

He has more than 460,000 followers on Instagram. He started riding motocross when he was 12, but ultimately quit due injuries.

He grew up in Morongo Valley, California.

Aaron Gwin Is A Member Of