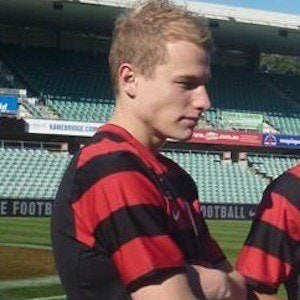 Australian soccer player known for his time with Melbourne City, leading the team in scoring during the 2014-2015 season. He also became a member of the Australian National Team.

He played most of his youth career with the Bolton Wanderers before making his professional debut in 2010 with St. Mirren's of the Scottish Premier League.

At the end of 2015, Melbourne City was offered $2 million to send Mooy to Saudia Arabia's Al-Nassr. It would have been the largest transfer fee ever paid for a player from Australia, but the team rejected the offer.

He and his fiancé Nicola had a daughter named Skylar in late 2015.

He and Robert Koren have played together for Melbourne City.

Aaron Mooy Is A Member Of