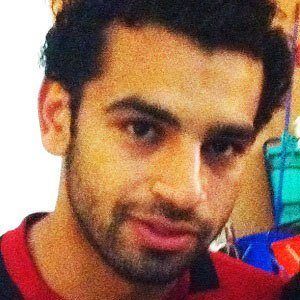 Winger who made his professional debut in 2010 for El Mokawloon and became a member of the Egyptian national team in 2011. He joined Liverpool in 2017.

He played youth soccer for El Mokawloon from 2006 until his pro debut in 2010.

He was born in Nagrig, Basyoun, Egypt. In 2014, he had a daughter named Makka with his wife Maggi.

Attacking midfielder and forward Mohamed Aboutrika was his teammate on the Egyptian national team.

Mohamed Salah Is A Member Of