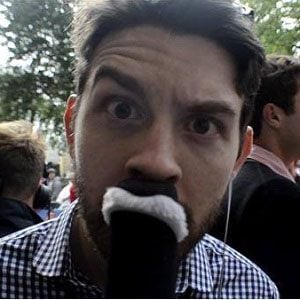 Notable for his European Podcast Award nominated iTunes comedy podcast, this English entertainer also had a career as a stand up comedian and Edinburgh Fringe performer.

When he was nineteen years old, he began co-hosting a radio program with his future Aaron Morris Podcast collaborator Chris Mott.

He was featured in a 2014 episode of the BBC's South Side Story.

He and his three siblings were raised by their mother in Dartford, Kent, England. He and his girlfriend later settled in Blackpool, Lancashire, England.

He and Matthew Crosby are both popular British comedians and podcast hosts.

Aaron Morris Is A Member Of