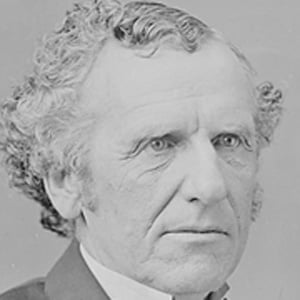 Republican politician who represented Ohio in the U.S. House of Representatives from 1871 to 1872. He also served in the Ohio General Assembly for a year.

He graduated from Yale Law School. He was born in Vermont but then moved to Ohio.

He received a Legum Doctor from Marietta College and Western Reserve University.

He had four children with his wife Elizabeth Williams.

President Abraham Lincoln offered him a position on the Supreme Court, but he declined.

Aaron Perry Is A Member Of