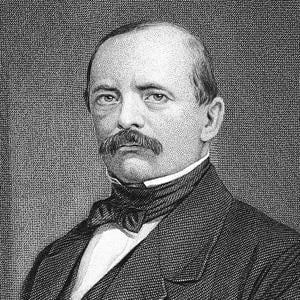 Chancellor of Germany from 1871 to 1890 who unified most of the German states into one German Empire under Prussian leadership. He was known across the world as the "Iron Chancellor" and he was able to create a balance of power that preserved peace in Europe until 1914.

He was a reckless, eccentric youth who finally had to return home after the death of his mother.

He provoked wars with neighboring Austria and unified the smaller Germanic states to make the country the shape it is today.

He married noblewoman Johanna von Puttkamer in July 1847; the couple had three children together.

In his youth, he often quoted William Shakespeare.

Otto von Bismarck Is A Member Of