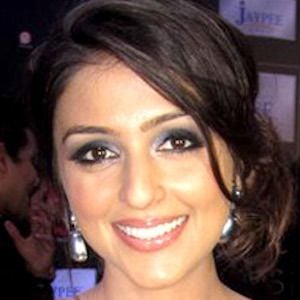 Indian model and actress known for appearing in movies in four different regional languages. Her filmography includes Toss, Daddy Cool, and Anamika. She's also well-known for her work in commercials.

She was a competitor on India's version of Fear Factor in 2011, which she ultimately won.

Her parents are Ashok and Sunita. She has a brother named Abhishek.

She appeared alongside Sunil Shetty in Daddy Cool.

Aarti Chhabria Is A Member Of