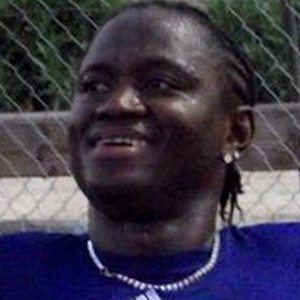 Sierra Leonian midfielder who represented his country in international soccer from 2003 to 2010. He signed with Cypriot side ASIL Lysi in 2011.

He grew up playing for Kallon F.C.'s youth team before making his senior debut with the team in 2005.

He won the Sierra Leone FA Cup with Kallon in 2007. He's also played for Dynamo Pervolia and Enosis Neon Paralimni in Cyprus.

He grew up in Freetown, Sierra Leone.

He and Mohamed Kallon played together on Sierra Leone's national team.

Abdul Kamara Is A Member Of