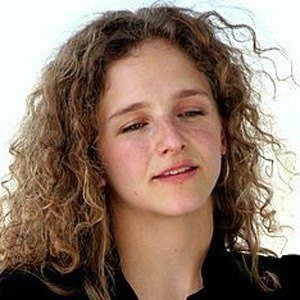 Illinois-born banjo player most famous for her work with the bands Sparrow Quartet and Uncle Earl. As a solo artist she is known for albums like "City of Refuge", which hit #2 on the U.S. Bluegrass Charts in 2011.

She was the first person to major in East Asian Studies at Colorado College.

She and Sparrow Quartet became the first American band ever to tour Tibet.

She married renowned banjo player Bela Fleck of Bela Fleck and the Flecktones.

Abigail Washburn Is A Member Of