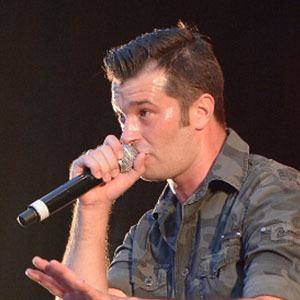 Singer who found fame in the late 90s and early 2000s as one third of the German pop trio Trademark, where he was known as Achim Remling. After the group's breakup, he embarked on a solo career, releasing albums like So Wie Ich! (2007) and Mittendrin (2014).

He grew up in Bonn, Germany.

He has been a guest performer on German television shows like Willkommen bei Carmen Nebel and Immer Wieder Sonntags.

He is the son of singer Wolfgang Petry. He has been married and has children.

Her performed the song "Tinte" with Anna Maria Zimmermann.

Achim Petry Is A Member Of