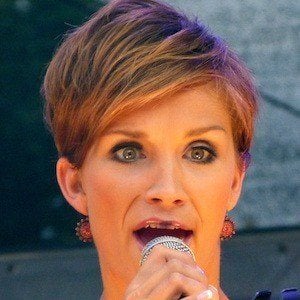 German pop singer who is known for songs like "Hurra wir leben noch" and "100.000 leuchtende Sterne." She released the album Sternstunden in 2013.

One of her earliest releases was the single "Wer ist dieser DJ?" which was put out into the world in 2008.

She was in a coma for 18 days after a helicopter accident in October 2010.

She hails from Detmold in Germany.

She covered Gloria Gaynor's "I Will Survive" in the Deutschland Sucht den Superstar competition in 2006.

Anna Maria Zimmermann Is A Member Of