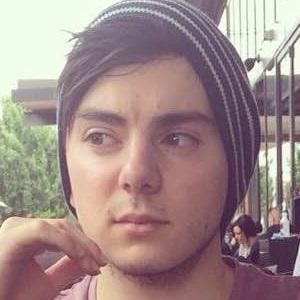 An upcoming YouTuber who loves to make reaction videos and rant videos about his favorite TV shows and musical artists.

He was working at a local checkout and studying part time to become a writer. He started out filming random low quality videos with his friend and posted them to YouTube before branching out to start his own channel in 2012, abnormallyadam.

His "One Direction: One Way Or Another" reaction video that he published in 2013 has accumulated more than 800,000 views.

He was born in Melbourne, Australia. He has two brothers.

Most of his more popular reaction videos feature One Direction, including a video called "Harry Styles - Don't Let Me Go Reaction."

Adam Barto Is A Member Of