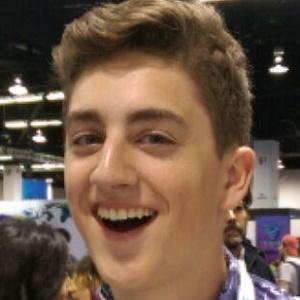 Social media star who has earned over 5 million subscribers to his self-titled YouTube channel. He initially became known as a Vine phenomenon, accumulating more than 2 million followers on the 6-second video app.

He has been editing videos since he was in the 7th grade. He posted his first video to Vine on May 19, 2013. The video was titled "Target headphones like what up."

He created special effects for other Viners' videos. In 2016, he graduated from Georgia Tech.

He went to school in Atlanta, Georgia. He has featured his wife, Laura, in his videos, including "GIRLFRIEND DOES MY MAKEUP."

He has worked with Brennen Taylor, BigNik, Thomas Sanders, Esa Fungtastic, and numerous other influencers.

Danny Gonzalez Is A Member Of