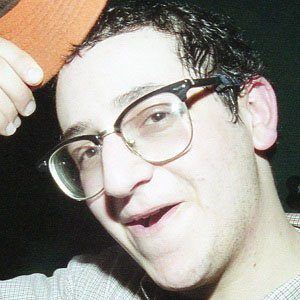 American musician best known for his comedic one-man synthpunk project Atom and his Package. He released albums like 1999's Making Love and continued touring until 2003, when he was diagnosed with type 1 diabetes.

He grew up in Oreland, Pennsylvania and was a member of the punk rock band Fracture from 1991 to 1995.

His song "I Am Downright Amazed at What I Can Destroy With Just A Hammer" was featured in the snowboarding video game Amped 2.

He married Jennifer Schumow and has children named Ruby and Sam.

His music frequently made use of samples and lyrics from popular 80's and 90's artist, including Eddie Money.

Adam Goren Is A Member Of