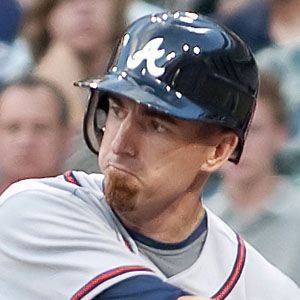 MLB first baseman who entered the league in 2004 with the Atlanta Braves.

He was drafted by the Florida Marlins in both the 1998 and 1999 amateur drafts but refused to sign.

He was named MVP of the Junior College World Series in 2000, playing for Seminole Community College in Seminole, Oklahoma.

He married Jennifer LaRoche and he has a son named Drake and a daughter named Montana. His uncle, Dave Regan, was his high school head coach and his father, Dave LaRoche, was his coach at Ford Scott Community College.

In 2011 he began playing on the Washington Nationals with Ryan Zimmerman.

Adam LaRoche Is A Member Of