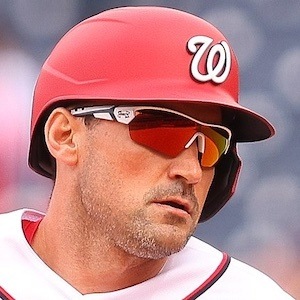 MLB third baseman who began his career with the Washington Nationals in 2005. He was named to his first All-Star game in 2009, the same year he won his first Gold Glove Award. He helped the Nationals win their first-ever World Series Championship in 2019.

He won numerous honors while playing college baseball at Virgina, including Virginia College Sports Information Directors Player of the Year.

He married Heather Downen in 2013.

He played on the same AAU team as Mets All-Star David Wright.

Ryan Zimmerman Is A Member Of