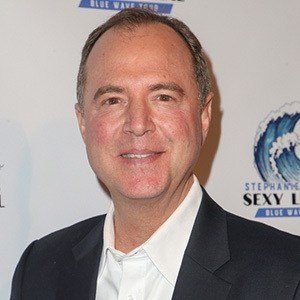 Democrat who began representing California in the US House of Representatives in 2001. He created the Pasadena Blue Line Authority, to continue the light rail extension in Pasadena, California.

He received a political science degree from Stanford University before attaining his law degree from Harvard Law School.

He has over 70,000 Armenian-Americans in his district and has strongly pushed for signing of the US House Resolution 106 recognizing the Armenian Genocide.

He has two children with his wife Eve. Their names are Alexa and Elijah.

He succeeded Brad Sherman as the Representatives from California's 27th district in 2001.

Adam Schiff Is A Member Of