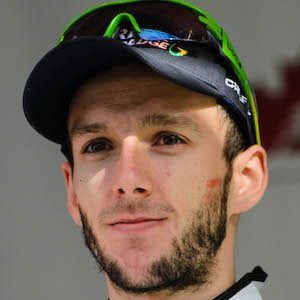 He and his twin brother would attend Manchester Velodrome track sessions, which were run by his father's cycling club, Bury Clarion, and he started riding from there.

He finished in first place amongst young riders at the Tour de France in 2016.

He was born in Bury, UK. He has a twin brother named Simon Yates who's also a road and track racing cyclist.

Adam Yates Is A Member Of