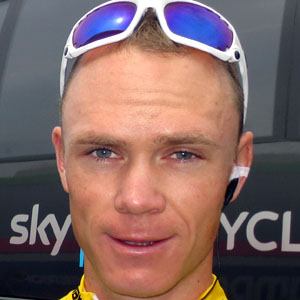 Kenyan-born British cyclist who was the champion of the 2013 Tour de France, riding for UCI ProTeam Team Sky.

He studied at the University of Johannesburg, but dropped out to join Konica Minolta, a South African cycling team.

He dedicated his Tour de France win to his mother, Jane, who had died of cancer five years earlier.

Cyclist Lance Armstrong was also a Tour de France winner, but Armstrong's multiple titles were revoked due to his performance-enhancing drug use.

Chris Froome Is A Member Of