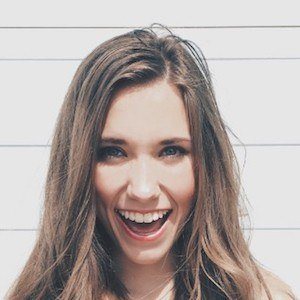 Social media star who rose to fame as one-half of the AddiAndAlly Live.me channel. She and her twin sister Ally Hurst have daily broadcasts, which reach over 70,000 fans and growing on the popular live-streaming app.

She's a competitive dancer whose been dancing since she was eight years old.

She and her sister are identical twins based in Texas.

Addi Hurst Is A Member Of