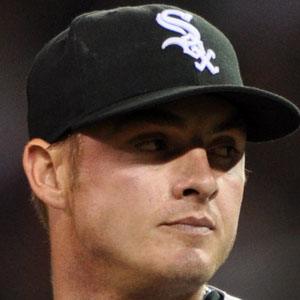 Right-handed relief pitcher who debuted with the Chicago White Sox in 2011.

He saved 40 games for the White Sox in 2013, and was traded to the Arizona Diamondbacks after the season.

His younger brother Austin was drafted by the Cubs out of high school in 2010, the same year Addison was drafted.

Addison Reed Is A Member Of