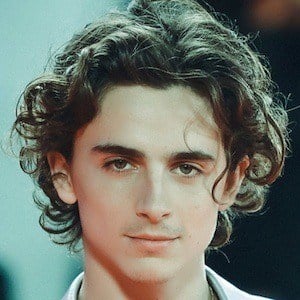 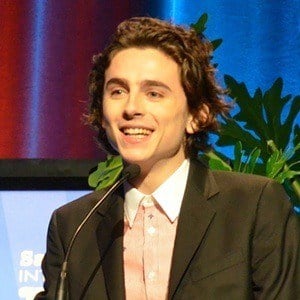 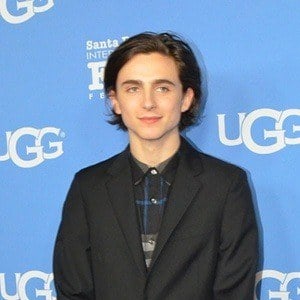 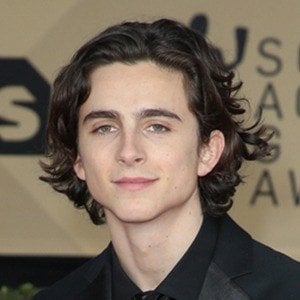 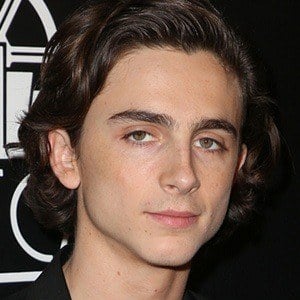 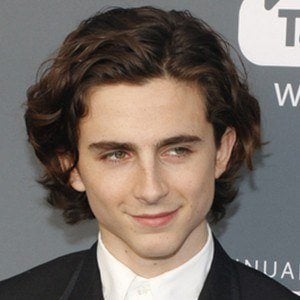 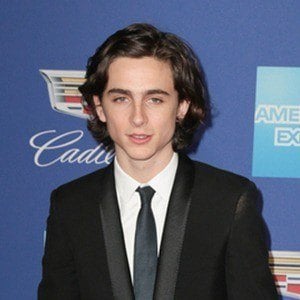 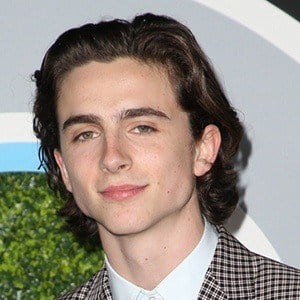 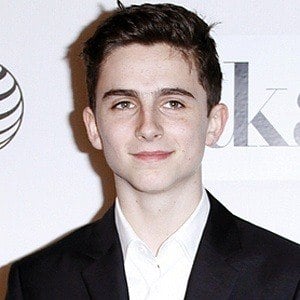 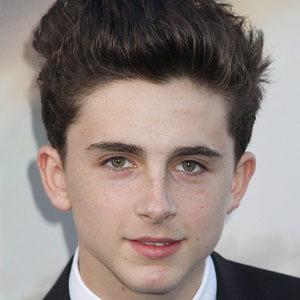 Actor who received an Academy Award nomination for his first leading role in the 2017 film Call Me by Your Name. He plays the lead character, King Henry V, in the 2019 film The King and also played prominent roles in Lady Bird, Hostiles, Beautiful Boy, and Little Women.

He made his childhood acting debut in the 2008 short film Sweet Tooth and went on to study at New York City's Fiorello H. LaGuardia High School. He had a YouTube channel.

In 2015, he appeared in four films: One and Two, The Adderall Diaries; Miss Stevens; and Love the Coopers. He portrayed Finn Walden in the Showtime series Homeland and is also recognized for his recurring role as Luke in Royal Pains.

He grew up in the Hell's Kitchen neighborhood of Manhattan, New York alongside his sister Pauline, who's also an actress. He is the son of Marc Chalamet and Nicole Flender. His grandfather is screenwriter Harold Flender, and his uncle is director Rodman Flender. In 2020, he dated actress Eiza González. He was previously romantically linked to actress Lily-Rose Depp.

He starred alongside Armie Hammer in 2017's Call Me by Your Name.

Little Women
Call Me by Your Name
Lady Bird
More