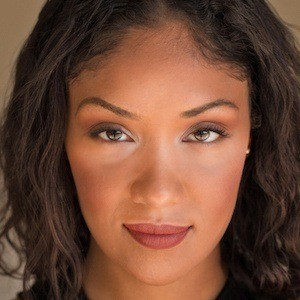 Model known for her work with various magazines as well as representing brands like Jack Daniels and Mountain Dew. She's also worked as the host of Fine and Fit TV and Ask Adella.

She became a model in 2006. She also worked in market research and event promotion and used her two careers to complement each other.

Growing up, she was an award-winning sculptor and painter.

She was raised in Chicago, Illinois.

She appeared in an issue of Floss Magazine that had K. Michelle on the cover.

Adella Pasos Is A Member Of