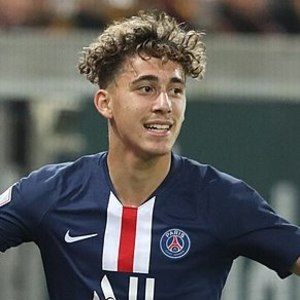 French soccer star who has spent time playing for the Paris Saint-Germain football club. He has amassed over 290,000 followers to his Instagram page.

He was born in Le Blanc-Mesnil, France.

He has played for the same football team as fellow soccer star Kylian Mbappé.

Adil Aouchiche Is A Member Of