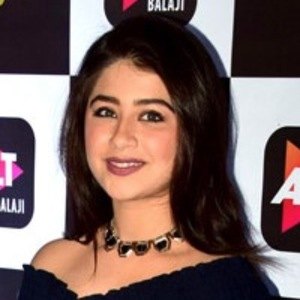 Indian actress who found fame as a child actress in films like 2006's Vivah and 2010's Chance Pe Dance. She later took on the more adult role of Ruhaan on the series Ye Hai Mohabbatein.

She grew up in Mumbai. She attended Thakur Public School and the Thakur College of Science & Commerce.

She has faced controversy due to the fact that she plays a male character on Ye Hai Mohabbatein.

Her mother is teacher Bina Bhatia.

She co-starred with Shahid Kapoor in Chance Pe Dance.

Aditi Bhatia Is A Member Of