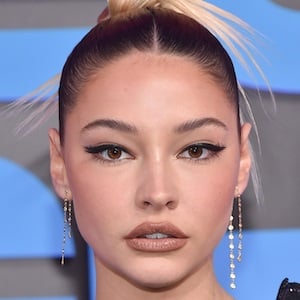 Television actress who rose to fame after being cast as Sarah Cameron on the Netflix series Outer Banks. She has also made appearances on Stranger Things and The Originals.

In 2009, she was cast in a short film titled Milites Christi.

She portrayed Taylor Watts on the HBO series Vice Principals.

She was born in Charleston, SC. In July 2019, she shared a photo of her dad on her madelyncline Instagram account. Her parents are named Mark and Pam. From 2020 to 2021, she dated her Outer Banks co-star Chase Stokes.

She starred alongside Rudy Pankow on Outer Banks.

Madelyn Cline Is A Member Of