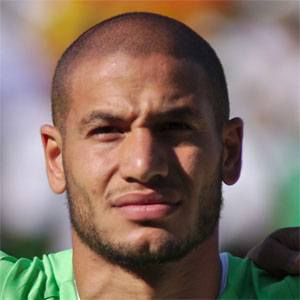 Midfielder who joined Crystal Palace in 2013 after previously playing for such teams as Nottingham Forest, Charleroi and the Wolverhampton Wanderers. He became a member of the Algerian national team in 2010.

He debuted professionally for Sedan in 2004 after spending his youth career with Racing Paris.

He was born in La Roche-sur-Yon, France.

He and Ryad Boudebouz both joined the Algerian national team in 2010.

Adlene Guedioura Is A Member Of