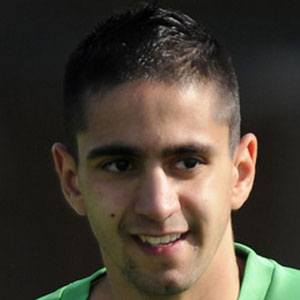 Attacking midfielder who debuted professionally for Sochaux in 2008 and has played for the Algerian national team.

He began his youth career with SR Colmar in 2000.

He started out playing for France's youth international teams before switching to Algeria's senior team in 2010.

He was born in France, but his parents are from Algeria.

He played in the 2010 FIFA World Cup, which was won by Spain, led by top-scorer Thomas Muller.

Ryad Boudebouz Is A Member Of