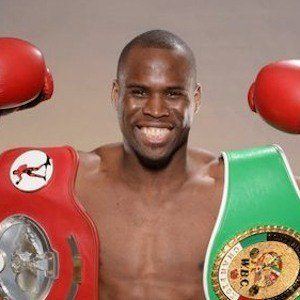 Super middleweight and light heavyweight fighter known as Superman; he turned professional in 2006 and won his first 13 fights.

On April 5, 2008, he defeated Dhafir Smith to claim the WBC Super Middleweight title.

He was born in Haiti, but grew up in Canada.

On June 8, 2013, he scored a 12th round TKO against Chad Dawson to win the WBC Light Heavyweight title.

Adonis Stevenson Is A Member Of