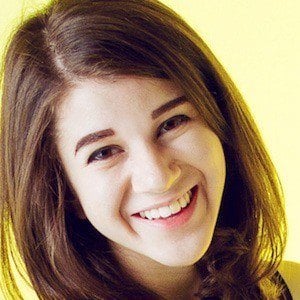 Singer best known for posting covers of songs from animated shows and movies to her adrisaurus YouTube channel.

In May 2010 she created her channel and posted her first cover in June.

She performed live and served as a panelist for the YouTube Music Panel at MomoCon 2015 in Atlanta, Georgia.

She was born and raised in the US, but she is of Puerto Rican descent. She speaks Spanish fluently.

In addition to the songs she has covered from animated shows and films, she has also covered songs by Lady Gaga and .

Adriana Figueroa Is A Member Of