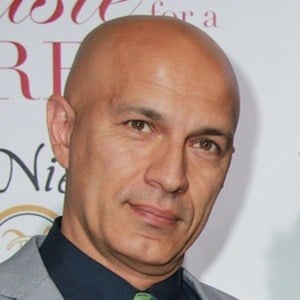 Cinematographer, director of photography, and still photographer who is known for his diverse range of projects including feature films, music videos, advertising campaigns, and other commercial work. He is best known for being one of the main photographers for Prince throughout his life.

He was raised outside of Mashhad where his experiences with beauty in the midst of the ordinary were discovered. After working on several commercial advertisements, he received a message from a friend asking for help with film loading. Without any knowledge, he agreed and showed up to Paisley Park where he first met Prince.

He has published multiple photobooks of his works including three specifically dedicated to his work with Prince.

He was born in Iran and is the father of actress Yara Shahidi.

He has photographed a range of celebrities including Melody Ehsani, Nas, and Trevor Noah who are all featured on his Instagram.

Afshin Shahidi Is A Member Of