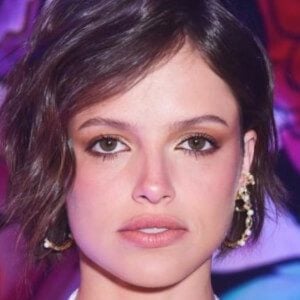 Brazilian model and actress most well known for her portrayal of Giovanna in the 2015 series Hidden Truths. She has since become known as Camila in Burning Hearts and Domitila in Novo Mundo.

In 2012, she made her acting debut in Malhação as Juliana Menezes. She followed in 2014 with a role in Em Família.

In 2015, she competed on the ninth series of Dança dos Famosos on Domingão do Faustão.

She was born and raised in the suburban neighborhood Olaria by Antônio Moreira and Enilda Cerqueira. She has two siblings, Cristiane Bazaga Moreira and Augusto Cerqueira.

In Hidden Truths, she appeared alongside Reynaldo Gianecchini and Camila Queiroz.

Agatha Moreira Is A Member Of