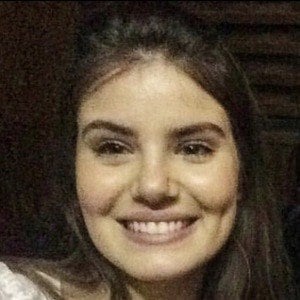 Model and actress who is best known for her work on the Brazilian telenovela Secret Truths.

She was born and raised within Sao Paolo, Brazil.

At the age of 14, she left home to live alone in Sao Paolo. She then won the Pernambucanas Faces Modeling Competition, and signed a contract with Ford Models.

Her mother was a manicurist and her father was a carpenter in Sao Paolo, Brazil. She got engaged to Klebber Toledo in June 2017 after less than a year of dating.

She was born in the same region of Sao Paolo, Brazil as famed MMA fighter Anderson Silva.

Camila Queiroz Is A Member Of