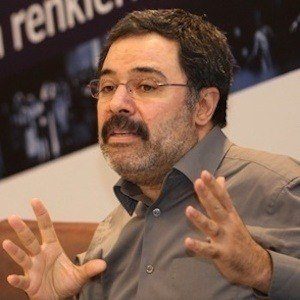 Poet and crime novelist who started writing poetry and novels in Moscow, starting with Kar Kokusu in 1998. He has more than 100,000 followers on his baskomsernevzat Instagram account.

His first story, Problems of Peace and Socialism, was entered into the journal of Communist Party of the Soviet Union and translated into 40 languages.

He has served on the advisory board for Okan University.

He married Vildan Ümit in 1981. He has a daughter named Gül Ümit Gürak.

He has written essays on fellow writers like Franz Kafka, Fyodor Dostoevsky, and Edgar Allan Poe.

Ahmet Umit Is A Member Of