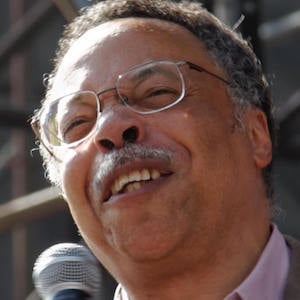 Nova Scotia-born poet and dramatist whose literary works document the African-Canadian experience. He is known for poetry collections such as Whylah Falls and Gold Indigoes and for plays such as Beatrice Chancy and Trudeau: Long March, Shining Path. He has written over 20 poetry books throughout his long career.

His 2001 work, Execution Poems, received the Governor General's Award for Poetry. He has written two Novels since 2005.

His ancestors were African-Americans who escaped English troops during the War of 1812 and relocated to Canada. He was married to Geeta Paray-Clarke.

He was the 2006 recipient of a Pierre Trudeau Foundation literary fellowship.

George Elliott Clarke Is A Member Of