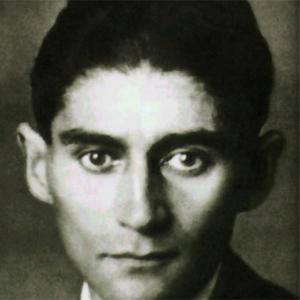 Czech modernist author of the famous novella, The Metamorphosis, in which a businessman awakes to find that he has become a giant dung beetle. Kafka's other major works include The Judgment, Contemplation, and Letters to Felice.

He studied law at the German Charles-Ferdinand University of Prague. Afterwards, he worked for the Assicurazioni Generali, an Italian insurance company, but was unhappy because his long work hours left little time for his writing.

His novels, The Trial and The Castle, were never printed during his lifetime, and, at the time of his death, he asked for them to be burned; however, the books survived and are now considered major works of the twentieth century.

He was born in Prague to a German-Jewish family that included parents Hermann and Julie Kafka and siblings Gabriele, Valerie, and Ottilie (all of whom died tragically in the Holocaust). Franz Kafka died young of tuberculosis and never married, but had numerous relationships during his lifetime; his lovers included Felice Bauer, Dora Diamant, and writer Milena Jesenska.

Franz Kafka Is A Member Of