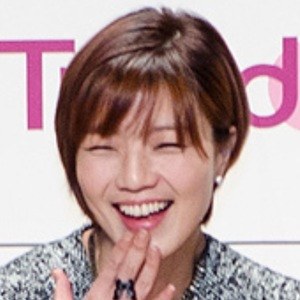 Comedian and actress who found fame as an original cast member on Saturday Night Live Korea. She is also a former cast member on the popular variety show Real Men.

She attended the Paekche Institute of the Arts in Seoul, South Korea.

She was named Best Female Comedian at the tvN10 Awards in 2016.

Her mother is Yoon Mi-soon.

She was castmates with Kim Seul-gie on Saturday Night Live Korea.

Ahn Young Mi Is A Member Of