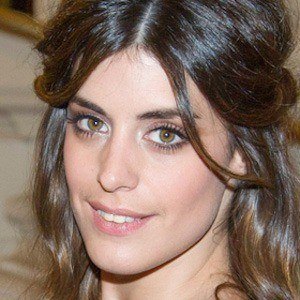 Spanish fashion vlogger named Aida Domenech best known for her YouTube channel and blog, both titled Dulceida. She has gained a massive audience by posting her fashion tips and daily style. She has more than 2.8 million followers on Instagram and over 2.2 million subscribers on YouTube.

She began blogging in 2009 as a hobby and would later make it her full-time job.

She was given the title of Best Style Fashion Blog at Berlin Fashion Week. She has her own online clothing store called Dulceidashop.

Her parents are Anna Pascual and Salvador Domenech and she has a brother named Alex. She has posted many photos on her Instagram with her wife Alba Paul Ferrer.

In June 2019, she was photographed alongside distinguished actor Antonio Banderas at Miami's Fashion Week.

Dulceida Is A Member Of