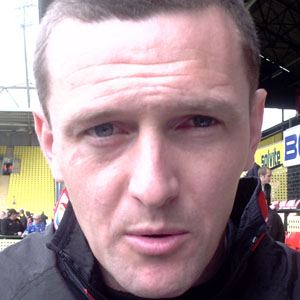 Former defender who played for Mansfield Town from 1993 to 1996 and became the manager of Northampton Town in 2011.

He began his professional career with Huddersfield Town in 1989.

He led Watford FC to an FA Cup Semi-final finish while coaching the team in 2007.

He was born in Baildon, West Riding of Yorkshire.

He became Lee Collins' manager on Northampton Town in 2013.

Aidy Boothroyd Is A Member Of