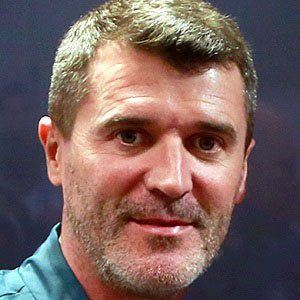 Midfielder who played for Manchester United from 1993 to 2005, but became known as much for his success with the team as for his highly competitive and aggressive play that often created controversy.

He tried out for several Irish and English clubs, but was considered too small growing. He eventually signed with semi-pro team Cobh Ramblers in 1989.

He won seven Premier League titles, among other awards, but he was also kicked off one team and missed another World Cup because of a fight with the team coach.

He was born into a working-class family, with his father taking whatever odd jobs he could find. He married Theresa Doyle in 1997.

He and Denis Irwin are two of the most successful soccer players to ever come out of Ireland.

Roy Keane Is A Member Of