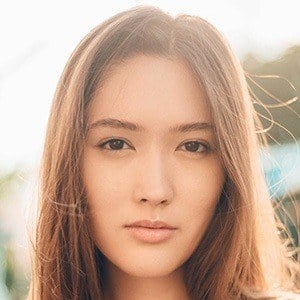 Model best known for rising to fame competing on the third cycle of Asia's Next Top Model. She has since gone on to model for brands such as Olay, Neutrogena, Marks & Spencer, Tiffany & Co, Bally as well as served as the ambassador for Adidas.

he began her professional modeling career in 2008 and began working in various places around Asia, from Hong Kong to Thailand.

She has modeled in both print campaigns and runway shows and was a featured cover girl for FHM Singapore in 2015.

Her full name is Aimee Cheng-Bradshaw. She is of English and Singaporean descent.

She competed against fellow models Ayu Gani and Monika Sta. Maria on the third cycle of Asia's Next Top Model.

Aimee Cheng Is A Member Of