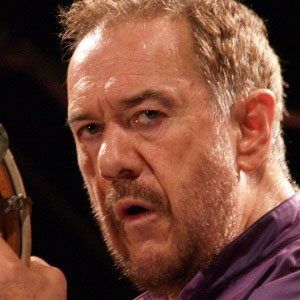 Brazilian jazz drummer who has played with some of the greatest names in jazz including the legendary Miles Davis.

He became a professional jazz musician at the age of 13 and moved to the US in the late 1960's.

His daughter Diana is a singer.

He frequently collaborated with Miles Davis during the 1970's.

Airto Moreira Is A Member Of