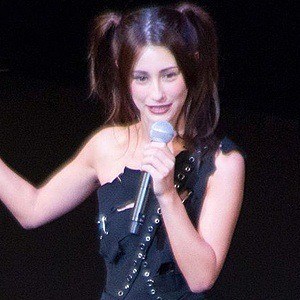 Model who made her debut in the May 2012 issue of JJ. She appeared on the TBS show Sunday Japon in October 2012. She is extremely popular on Instagram with over 1.4 million followers.

She graduated from Tachibana Gakuen High School and worked as a dental assistant.

She plays baseball and softball and trains in short-distance running. She has a pet cat named CoCo.

Her father is Japanese-Brazilian and her mother is an Italian. They divorced when she was young.

Another model of Japanese-Brazilian descent is Juliana Minato.

Akemi Darenogare Is A Member Of