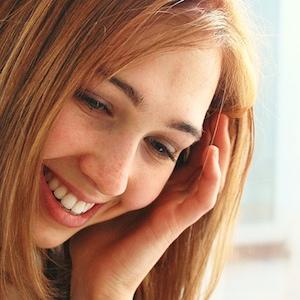 Painter and poet who produced over 200 pieces of art by the time she was 19.

She began painting at the age of three after saying that a vision from God appeared to her.

She published two books about her art and spirituality in 2006: "Akiane: Her Life, Her Art, Her Poetry," and "Akiane, My Dream is Bigger Than I: Memories of Tomorrow."

Her mother, Forelli, was Lithuanian, and her father, Mark, was American; she was homeschooled.

She appeared on the Oprah Winfrey show in 2004.

Akiane Kramarik Is A Member Of