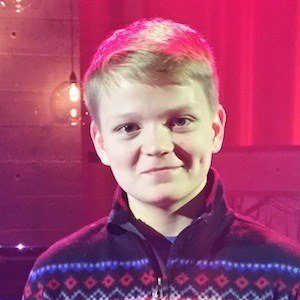 He was five years old when he started singing at the Oslo Cathedral Boys' Choir.

He became a part of the Children's Chorus of the Norwegian Opera & Ballet at the age of 13.

His parents, Rikard Rykkvin and Maj-Christel Skramstad, caught him singing around the time he became a toddler.

He and Miriam Gauci are singers both known for their soprano voices.

Aksel Rykkvin Is A Member Of