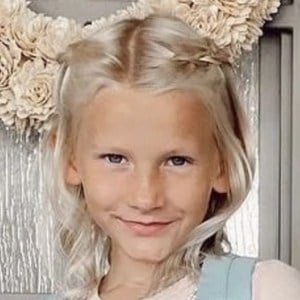 US YouTube star who is a member of Not Enough Nelsons. They have 1.9 million subscribers and 730 million overall views. The family channel has included vlogs, challenges, pranks and skits.

Their first YouTube channel was uploaded on December 18, 2018. It was titled "15 Siblings?! I'm No Longer A Part Of This Family!"

In February of 2019, her family posted an eating challenge video where the last kid to eat wins. It was one of their most popular uploads, amassing over 900 thousand views in less than 2 months.

Addison Wallace is also part of a large YouTube family.

PresLee Grace Nelson Is A Member Of